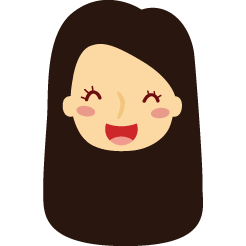 On the back of the mining boom it's finally cool to be a tradie again - and thank goodness because I can't think of anything worse than being a desk jockey! The trick to earning big dollars at the moment isn't having a fancy law degree - it's being good with your hands and able to to fix and maintain any industrial equipment. Everyday is a new challenge in this job, with new problems coming up all the time. You'll never get bored! This site has loads of tips and tricks on maintain common and uncommon industrial and mining equipment.

Steel is one of the most commonly used materials i …

One of the largest projects you can do with wooden …

There are plenty of benefits that come along with …

There are numerous benefits attached to choosing p …

Bending is a vital step in the method of manufacturing industrial tubes and pipes, which play an important part in construction as well shipping of materials. In regards to pipe bending, it's not essentially a one size fits all method that is employed in achieving a quality curved piece. With a number of methods available for bending a pipe, including compression bending, free-form bending, rotary draw bending and roll bending, having a good understanding of the different forms of pipe bending processes and their pros and cons, manufacturers will be well informed to decide on which pipe bending method to use. This article discusses the most commonly used method which is the rotary draw bending, also known as the mandrel bending, along with its potential and limitations, depending on the specifics of a given project.

This type of pipe bending method is commonly preferred by manufacturers because it is arguably the most flexible and accurate method in achieving superior quality bends as well as tight radius bends. Essentially, this method needs additional tooling compared to other bending methods. This method employs the use of bend die sets, which consist of a clamp, bend die and pressure die, among other different tools that spin in a rotary action. Basically, the rotary action is responsible for drawing the pipe around the bend radius die, which creates the preferred bend in the pipe or tube. Components can be constantly and precisely created given that the bend die sets or tooling run the pipe bending process.

Furthermore, rotary draw bending also incorporates the use of a mandrel. A mandrel, basically, is a solid metal component that is placed inside the tube or pipe before the actual bending takes place to provide internal support and avert defects during the bending process. Failure to use a mandrel is likely to produce defects such as flattening, rippling and pipe collapse. Further to that, the use of a mandrel also affords total control in maintaining the roundness or ovality of the pipe, particularly in thin-walled piping, and also enhances the possibility of creating tight radii bends.

You can use rotary draw method for pipe bending if:

Rotary draw bending is not feasible if: